skip to main | skip to sidebar

The greenwashing of our local environmental organizations 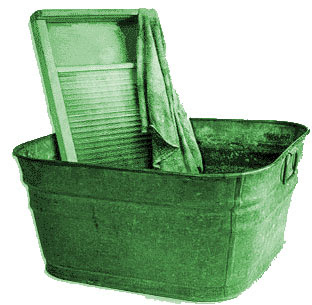 It seems fitting that I resurrect my blog commenting on a blaring hypocrisy within our local environmental community. And this post surely will live up to the name of my "Reno Iconoclast" blog.

For years, Nevada Econet and its former incarnation, Environmental Leadership, has been the stalwart organization for protecting our region's natural resources, promoting green policies and raising an awareness about sustainability and recycling. Unfortunately, a developing greenwashing phenomenon has crept into this organization.

In recent years, I have bristled at the sight of NV Energy being one of the major sponsors of Earth Day, one of Nevada Econet's annual marquee events held annually in April in Idlewild Park.

According to a 2006 study of America’s Most Polluting Power Plants by Dirty Kilowatts, two power plants operated by NV Energy are among the top 50 Dirtiest Power Plants in the nation. The Reid Gardner Plant, located in Moapa, Nevada, ranks eighth for CO2 emissions and the North Valmy Plant, located just east of Winemmucca, NV, ranks 44th for NOx emissions. One really wonders how one of the nation's top polluters becomes a sponsor of an Earth Day event.

Well if that doesn't confound you, try this one on for size.

It is with stunning disbelief that Nevada Econet chose the Reno City Council as one of its recipients for its Golden Pinecone Award. The award is to honor "individuals and organizations who have made significant contributions toward sustaining and improving the natural environment." While the others being honored seem very deserving of this award, including among themthe Reno City Council, whose policies have been detrimental to the environment for the past 15 years is very hypocritical.

Consider this is the group that through its forced annexations of unincorporated county land has allowed higher density zoning and has hastened sprawl within the Truckee Meadows. This is a group that opposed (no doubt, to appease their developer campaign benefactors) local activists efforts to successfully pass a 2008 ballot initiative to tie growth to water availability within the county. This is a group which continuously pushes development in our most pristine outlying areas--the proposed developments in Ballardini Ranch and Winnemucca Ranch are examples.

Sure, installing energy efficient light bulbs on the the Reno Arch and wind turbines at city parks are positive steps towards transforming the City of Reno into one of the Green Cities of the West. However, the above-mentioned detrimental policies of annexation, high density development and opposing citizen-led ballot initiatives to manage our natural resources should serve as a reminder to which type of "green" the Reno City Council's commitment really is.

I may also add the greenwashing of the local environmental community has been masterfully orchestrated by the likes of the city's Environmental Services Administrator, Jason Geddes. One really has to wonder how a former Republican assemblyman and former lobbyist for the Economic Development Authority of Northern Nevada (EDAWN) has become such a darling of local environmentalists, let alone serve as an environmental leader for a municipality. Maybe its from breathing in the fumes coming from the biodiesel in his truck.

If you feel as I do, then join me this Friday (Nov 12) from 5:30-6:30 p.m. at the McKinley Arts Center, 925 Riverside Dr., to protest the ceremony where the Reno City Council will receive this award. The protest is intended to focus entirely on the Reno City Council and will be respectful to the other recipients of this award.
Posted by renoiconoclast at 12:16 PM No comments: